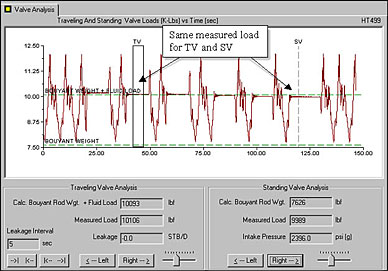 The surface card is predominately used to display surface polished rod loads for the analysis of pumping unit beam loadings, rod loadings and gearbox loadings. The performance of a downhole leaking standing valve can be best displayed and analyzed on the pump card and on a traveling/standing valve test.